Schiphol and TNO collaborated with MB Dustcontrol, Corendon and KLM to test the use of mist to reduce the amount of ultrafine particles in the air at and around the airport.

The test was carried out using a Corendon plane at a KLM hangar's testing facility. Mist was sprayed in a variety of ways while the engines were running at high power, like during take-off and landing and when they are switched on. While this was happening, TNO measured the amount of ultrafine particles.

“Local air quality is important, to neighbours and to employees. This experiment means we are gaining an insight into the effect of mist on ultrafine particles in the air. We're learning about its potential for the turning on of aircraft engines and for take-off on the runway. If our expectations are confirmed, we can use that knowledge to refine the technology and continue working on the use of mist at the airport".

Ultrafine Particles Action Plan
Schiphol has in cooperation with aviation sector parties an active policy to reduce ultrafine particle emissions and launched an action plan in 2019. This action plan contains measures to lower emissions produced by traffic to and from the airport, at the airport and by aircraft. It also includes measures to improve air quality, such as the electrification of ground-based activities, sustainable taxiing, investing in sustainable aviation fuels and studies to enhance knowledge about ultrafine particles.

Further development
The current experiment was set up based on previous tests done by Schiphol, Wageningen University & Research (WUR) and the Netherlands Aerospace Centre (NLR). After analysing the collected data, the airport expects to be able to say whether the use of mist has sufficient potential to reduce concentrations of ultrafine particles produced by aircraft. If expectations are confirmed, further development and scaling up of the technology will be considered in the coming years, as will how the innovation can become part of daily operations at Schiphol. 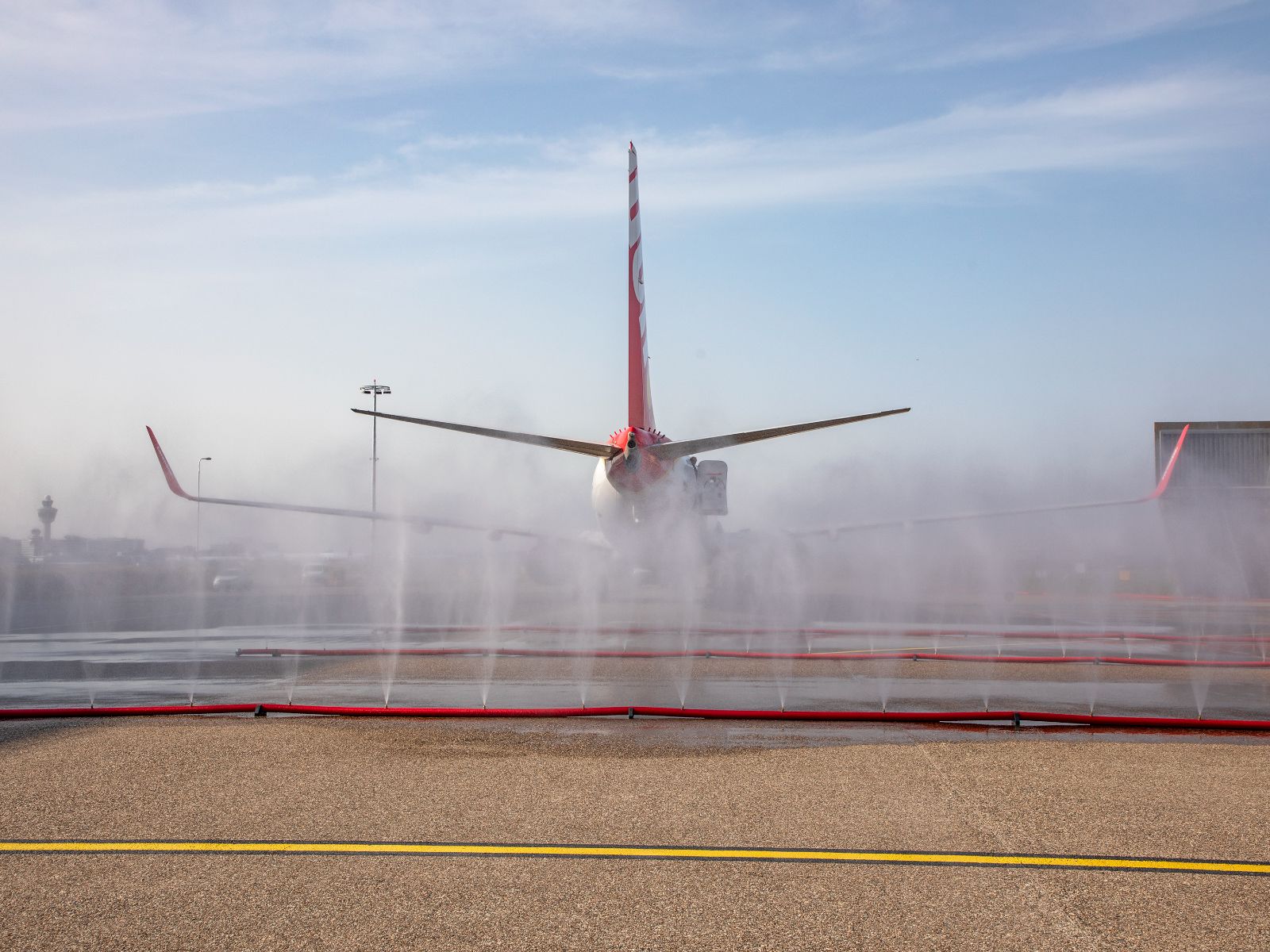 YOU CAN FIND US ON SOCIAL MEDIA

Fill in this form and we will contact you shortly.